The Side Hustle Shuffle

After graduation, Salma Elboute ’22 plans to create two businesses while working in the corporate world. 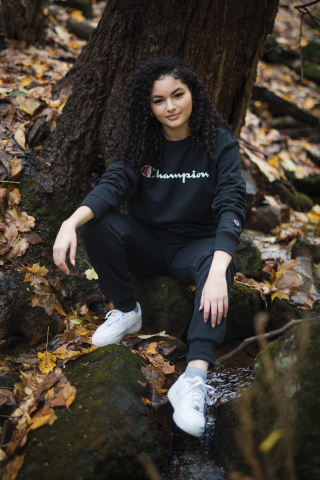 Salma Elboute ’22 wants to launch her own business—two, in fact. The first one is called Salma Skin, a bodycare line that celebrates her twin roots in Morocco and New York. The second is a halal gummy candy business called Bananat Candy.

“Gummy candies and marshmallows all have pork in them,” Elboute says. “And with me being Muslim, I have to go to specialty stores in bigger cities like New York because those types of stores don’t really exist in a place like Bethlehem.”

This past year, Elboute—a management major with a concentration in entrepreneurship—worked on both companies in her management class, “The Garage: Launching Entrepreneurial Ventures,” as well as two EUREKA! Ventures Competitions, a monthly student entrepreneurship competition run by Lehigh’s Baker Institute.

“I’ve already invested in making more advanced skincare, but that takes about a year to formulate,” Elboute says. “So that’s going to come after I’m more financially prepared to take it on.”

When Elboute first arrived at Lehigh, she had the usual college experiences of establishing a network of good friends and exploring her interests before declaring a major. But it wasn’t until her sophomore year that she took her first entrepreneurship class.

“I really enjoyed my management, finance, and accounting classes,” Elboute says, “so I was going to major in management; but then I found out they have an entrepreneurship track, and I decided to do both.”

While she waits to start her businesses, Elboute is picking up experience. This past summer she interned at Optum, a health insurance company, where she did channel analytics in behavioral health. Channel analytics examines things like costs, usage, and efficiency of different elements of a business. Elboute was doing analytics for a new hospital stay approval system for the company.

“I listened in on advocate care calls and took notes on the feedback they have about the process,” Elboute says.

As she enters her final year at Lehigh Business, Elboute says she’ll most likely secure a corporate job with her management degree after she graduates, while continuing to work on her own businesses as a side hustle until she’s ready to launch.

“I’m really happy about my decision to choose Lehigh because of the people I’ve met and the opportunities that I’ve had,” Elboute says.