50 Years of Women at Lehigh Business

Graduates from ’75 to ’18 talk about their journeys through the business world.

These high-achieving women credit Lehigh Business with paving their way to success in career and in life. Fifty years ago, none of them could even have considered going to Lehigh. It was an all-male school until 1971, when it went “coed,” a quaint descriptor today, but a sign of social ferment then. 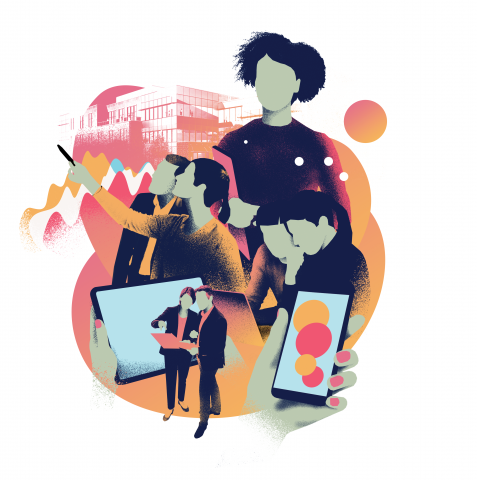 Karen Stuckey ’75 was in that first class, arriving on campus in the late summer of 1971.

“Women were only in Carothers, Stoughton, and Palmer, and the upper class men who were back on campus early came running over the Hill to meet us. People compared it to the invasion of Normandy!”

Susan Sachs ’77 remembers, “This was the 70s, and there were still plenty of stereotypes and outright discrimination toward women. We were a novelty. We were known as ‘co-eds;’ sometimes we were accused of pursuing a ‘matrimonial degree.’”

These early women students did not accept the status quo at Lehigh.

Sachs recalls, “I had played sports all through high school. I arrived on campus assuming I’d keep doing that, only to find out there wasn’t varsity women’s basketball. Having grown up in the 1960s, it didn’t feel unusual to me to ask for things or complain about things. We had lived through the Vietnam War, and the civil rights struggle. As a kid, I was surrounded by all these voices rising up.”

These women weren’t just pioneers in campus life; they were sometimes the only women in their business classes.

As Stuckey remembers, “Even by junior year, if it was a high-level accounting course, there were only one or two of us. The professor didn’t know who Bill or Joe was, but he could always tell who Karen was. So my strategy was, if I didn’t want to be called on all the time, maybe I wouldn’t go to class, if I wasn’t totally prepared.”

Fast forward to 2015, when Kiran Singh ’18 arrived on campus. There had been dramatic changes for women.

"Lehigh has made great progress in regard to shrinking the gender disparity."
-Kiran Singh '18

“Lehigh has made great progress in regard to shrinking the gender disparity. In most of my finance classes,” says Singh, “the ratio of men to women was around 60/40, respectively. In general, there are still improvements to be made, but we should be proud of this achievement.”

These women have all gone on to distinguished careers in business. But of course, the gender issues they faced as students didn’t magically disappear once they left campus and entered the business world. 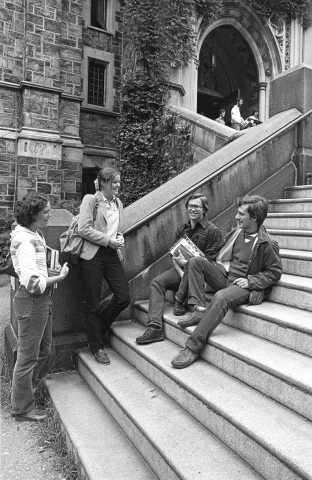 Karen Stuckey recalls, “I was the first woman audit partner in the New York office of Price Waterhouse (now PwC). I was kind of quiet and shy when I went to Lehigh. But I wasn’t by the time I graduated. Not that I initially had any aspirations to be partner or anything. I had a baby the year that everybody thought I should be putting my nose to the grindstone at work. I remember always trying to work my schedule around Halloween, so I could take my kids trick-or-treating or to their doctor appointments.”

Susan Sachs has a wry reminiscence of a speech she gave when she was working at Time Warner in 1993. “I talked about some ‘exciting changes’ that were happening then, things like better sick leave policies, and flexible hours, and the possibility that women might be half the workforce by the year 2000. This was 1993! Clearly we still have some work to do.”

Before going out on her own to help found the financial marketing agency Superscript, Rebecca Blanchfield ’99 worked at BlackRock, the powerhouse financial firm. “It’s definitely not a low-pressure place to work. The expectation is that you’re bringing your ‘A’ game all the time. I was still in the mindset of, I’ve got something to prove, and I can do it.”

More recently, Kiran Singh notes her experience at Deloitte. “At my level as a young professional, I felt that there was gender equity amongst the consultant to manager level. However, when it came to women in leadership positions, there was a significant amount of disparity.”

None of these women let such workplace issues stand in their way. Vivian Chow ’88, for example, says she’s managed to power through. She still notices if she’s one of the few women in the room at a high-level meeting, “but I don’t get intimidated by it. If they don’t respect me or if I can’t be successful as I am, this is not the right place for me, and I leave. I’m confident enough that I can always find another job. Honestly, I don’t think I’ve had to climb this huge hill to get to where I am. Maybe I did and I don’t realize it. I just focus on the work and not being intimidated by anything. I try to see work colleagues as personalities rather than genders. There are plenty of men I haven’t respected, and plenty of women I haven’t respected!”

Her fellow alumnae point to areas where things have improved for women in business.

According to Karen Stuckey, “Later in my career, as a senior manager and then partner at PW, I was able to reduce my hours and schedule work so that I was there for all my kids’ football games and tennis matches and things like that. And now the guys are doing that too. If I went in the office on Halloween, all my male partners would be out to trick-or-treat with their kids. It’s a much more normalized work-life balance.”

Rebecca Blanchfield says “It was interesting to watch a period of heightened awareness of gender diversity unfolding at BlackRock while I was there. They started promoting more women, and doing conscious things to do away with the toxic boy’s club culture. That was heartening.” She also believes the COVID pandemic has expedited a trend towards more flexibility, especially for working mothers with business careers. “I think a lot of financial institutions saw that, hey, people can do their jobs remotely, and it’s not going to detract from productivity and quality of work.”

Susan Sachs feels, “The biggest changes have come since I’ve been out of the workforce. We’re more likely to hear, ‘how’s the company doing?’ not, ‘how is the company doing since you’re the first woman to run it?’”

"...when I graduated college, got a job and started to support myself, I thought, 'wow, I can just do this on my own!' I had wanted to be financially independent from a very young age and I had made that dream come true."
-Vivian Chow '88

At the same time, these Lehigh Business women point to areas where they’d like to see more change.

Kiran Singh says diversity remains a pressing issue at most organizations today. “As an Indian woman, I only see a handful of women who look like me in leadership positions. It’s so important for women like myself in less senior positions to see themselves represented.” And Susan Sachs points out that there’s still a pay gap between men and women. Women only earn 82% of what men earn. Sachs is concerned that, going forward, hybrid working might put women at a disadvantage for promotions, as in “out of sight, out of mind.” 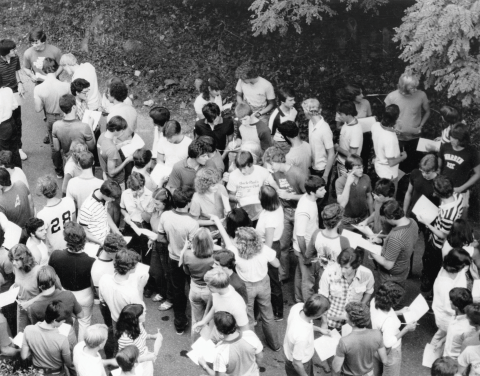 For the most part, the future looks bright for our proud women Lehigh graduates.

Vivian Chow still recalls the intoxicating jolt of independence she felt on campus and after graduating. “All of a sudden, I could do whatever I wanted. And then when I graduated college, got a job and started to support myself, I thought ‘wow, I can just do this on my own!’ I had wanted to be financially independent from a very young age and I had made that dream come true.”

Georgette Chapman Phillips, the Kevin L. and Lisa A. Clayton Dean of the College of Business, couldn’t be prouder of the women at Lehigh today. “Twenty-five years ago you might have a woman here, a woman there who would be out in the forefront. If it was somebody like me, I have been called aggressive; I’ve been called too forward, all of these things. And I’m like, ‘I don’t care. That’s just me.’ I tell young women that there are no masculine traits, no feminine traits. There are your traits. And if that means being bossy, assertive, forthright, whatever positive or negative connotation you want to put on it, then you be you.” (Read more from Dean Phillips in the Dean's Letter.)

Dean Phillips admits she is “somewhat troubled about how some young women have forgotten the battles that were fought and won by people my age or even people a little bit older than I am.”

She doesn’t have to worry about Kiran Singh ’18.

“It takes a strong woman to challenge and overcome the barriers faced in the workplace,” says Singh. “There is an immense amount of pressure on women in leadership positions, because they are constantly being watched to see if they make the wrong move. In addition, the majority do not have support or mentorship at the top because they are the only woman there. I have so much respect for the women who 20, 30, 40 years ago had to push through on their own without a support network behind them.”

Needless to say, our newest graduate in this group is just as thrilled about her own future. “I am so excited to work at a company like Chief! The women I work with are the leaders of today, empowering and mentoring women who work under them. Eventually, the face of leadership will begin to change. Every day, I feel like I am able to contribute to building a more just and equitable world, not only for my future children, but for my mom and her mom, who have paved the way for me and other women.”

Former president of Women in Business. Double major in finance and management with a minor in global studies. After three years at Deloitte as a senior consultant now a member experience manager at Chief, a private membership network that connects and supports women executive leaders.