Naomi Rothman examines the push-and-pull of frenemies in the workplace. 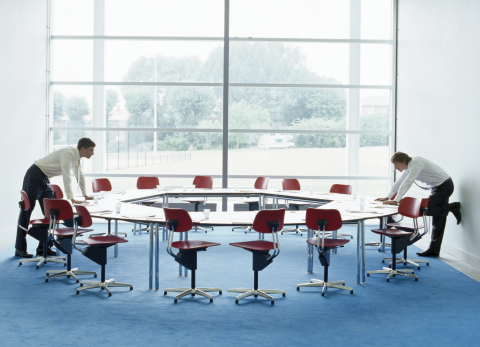 We all know them: those individuals with whom we have love-hate relationships in the workplace or in our personal lives. These so-called “frenemies” often trigger mixed emotions, setting the stage for both helpful and hurtful behaviors by those who straddle the murky line between friends and rivals, demonstrating both appreciation and annoyance, encouragement and conflict.

Naomi Rothman, associate professor of management at Lehigh, partnered with Shimul Melwani of Kenan-Flagler Business School, University of North Carolina at Chapel Hill, to examine the complexities of ambivalent relationships at work, where people simultaneously have both positive and negative sentiments towards coworkers, and how they treat one another as a result.

Their research, published in The Journal of Applied Psychology, is among the first to delve into the psychological and practical implications of ambivalent relationships at work, rather than concentrating on the effects of primarily positive or negative relationships.

Rothman has studied emotional ambivalence in social interactions for more than 15 years. In this paper, she notes, “It’s about what happens if I feel both positively and negatively towards someone I work with. How will I treat them? How will my experience of ambivalence towards that person shape the way I interact with them and ultimately perform work with them? We find that ambivalent relationships increase both helping behaviors and mild harm (i.e., gossip) in comparison to relationships that are more purely positive or purely negative.

This topic is useful because it may draw people’s attention to their ambivalent relationships and help them be more aware of the effects. They can ask themselves whether a relationship with a coworker is filled with both frustration and appreciation, and if that is driving them to behave in certain ways. Are they working to shift that relationship so that it can become more positive? Are they gossiping covertly to release tension? Being self-aware is a critical step in being an effective manager and leader.”

The team hypothesized that the extent to which an individual helps or harms a coworker depends not only on the individual’s general behavioral tendencies but also on their relationship with that coworker. Social exchange is commonly guided by reciprocity, but work relationships are rarely clear-cut and often mutually interdependent, with varying goals. Employees are more likely to give mixed, sometimes contradictory, evaluations of their peers, customers, supervisors, or subordinates. And, like positivity and negativity, levels of ambivalence and how it determines interpersonal behavior can fall on a continuum.

The research used multiple methodologies: a study of student teams collaborating on six-week projects; a controlled laboratory study of 142 students that compared competitive friends to positive and negative relationships; and a longitudinal quasifield study of 161 full-time retail employees. In each study, the subjects were given various opportunities, through a combination of surveys and tasks, to assess their like or dislike of certain other individuals and to evaluate the extent to which they believed either party had helped or harmed the other. In all three studies, the researchers measured and manipulated the variable of relational ambivalence, both continuously and categorically.

Among other things, the studies’ findings suggested that, perhaps in addition to focusing on minimizing negative interactions and relationships, managers should encourage and provide opportunities for informal, trust-building, positive interactions that might shift negative relationships to become more ambivalent. Doing so might even engender more helping behaviors among coworkers.