Is It Really Who You Know?

Michael Santoro and Ke Yang found that yes, it's about who, but it's more about how.

By Rob Gerth
Image by iStock/Victoriabar 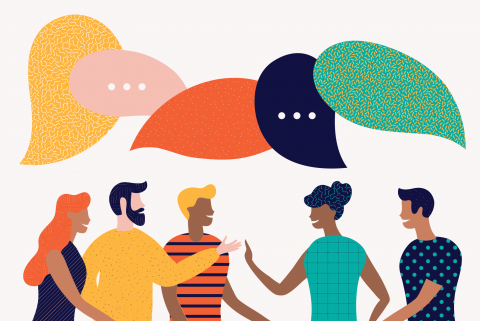 The truth to “It’s not what you know, it’s who you know” in business has actually been researched and proven to be true. Ke Yang, associate professor, finance and Michael Santoro, professor, management at Lehigh, along with Jianjun Zhu, assistant professor at New Mexico State, wanted to examine the question further.

These researchers employed an extensive sample of U.S. public firms over a nine-year period to study IFMSTs or inter-firm managerial social ties—interpersonal relationships formed through a broad array of social experiences, including past education, employment or other social activities shared among executives and directors across firms.

“This is a story about relationships,” says Santoro. “That’s the heart of this paper.” The relationships could be professional (worked at the same company), activity-based (played at the same golf club) or educational (attended the same school).

They found that not only were two firms more likely to do business if relationships among high level people at the firms already existed, but, even more so, if those relationships were connected through shared professional or social activities, rather than by simply sharing the same alma mater.

"I don't know if you want to use the word exploit, but you certainly want to take advantage of whatever opportunities you have to network."
-Michael Santoro

This study is the first to show how, based on IFMSTs, the informational and sociological benefits derived from these relationships can overcome the structural limitations a firm might face in seeking alliance partners. “Corporate-level decisions are embedded in the broader social relationships,” says Yang.

While intuitively “having good contacts” sounds like a smart business move, Yang and Santoro wanted to quantify it under the rigorous test framework. How important is it and to whom? Does it differ to different types of firms and to what extent? Can there be a strategic impact?

Their study indicates that there is a strategic and perhaps economic significance to fostering interpersonal relationships among firms. “I don't know if I want to use the word exploit, but you certainly want to take advantage of whatever opportunities you have to network,” says Santoro. (According to a different study, some companies award CEOs a pay-for-external-connectivity premium as high as $17,000 for each new connection.)

According to Yang, if you’re a small firm, it’s incumbent on your executives and directors to network. “You've got to join some things that maybe you don't want to join,” says Yang. “Maybe learn golf. Maybe serve on the board of a nonprofit, even though you don't know how you're going to have the time.”

“It’s kind of a prescription for success,” Yang says.

According to Yang and Santoro, having just one well-connected director in your organization, especially for a firm lacking previous alliance formation experiences, has the potential to make an enormous impact on your business.