Zach Zacharia on the Disruptive New Paradigm of the Physical Internet

Published by Zach G. Zacharia under Decision and Technology Analytics on June 3, 2021

In this episode of Lehigh University’s College of Business IlLUminate podcast, we are speaking with Zach Zacharia about a topic that has drawn considerable interest in the supply chain and logistics world: the physical internet.

Zacharia is director of the Center for Supply Chain Research at Lehigh and an Associate Professor of Supply Chain Management in the College of Business, where he teaches graduate and undergraduate courses in supply chain operations management and logistics and transportation.

He spoke with Jack Croft, host of the ilLUminate podcast. Listen to the podcast here and subscribe and download Lehigh Business on Apple Podcasts or wherever you get your podcasts.

Below is an edited excerpt from that conversation. Read the complete podcast transcript.

Jack Croft: For those who may be unfamiliar with the concept, what is the physical internet?

Zach Zacharia: So the physical internet uses the digital internet as a metaphor to help us rethink how logistics organizations could work much better. It brings this idea of universal interconnection of logistic services and networks.

Zacharia: Absolutely. The digital internet has three main components, if you think about it. It has a set of protocols independent of the technologies that underlie those protocols, a business framework, and a mostly independent, state-independent governance body. So let's look at the protocols that really make the digital internet work, and then we can see how it relates to the physical internet. One of the most famous protocols is called TCP/IP, or Transmission Control Internet Protocols, which ensures that it doesn't matter whether you're connecting to the internet with a Windows machine, a Mac, a Unix mainframe, the web page will look the same because the protocols tell the computer, how does it have to read that kind of information, and it's independent of the kind of technologies. So without those protocols, you cannot have a seamless exchange of information that's independent of the technology or the platform.

Another thing to think about, because you have this protocol, you can have digital information as it moves from one location to another location, it can be moved seamlessly. For example, let's say you're sending a very large, complex email. You could take that email, and it'll get broken down into data packets that could potentially travel in different networks and get reassembled at the destination. So we're using that as a metaphor, in the physical internet, to think about ways that the freight can move across different types of modes, whether it's rail or truck or ship, and look at ways to make the exchange more efficient. Right now, there is a standard for ocean-going, 40-foot containers worldwide and globally accepted in full terms. But there really is no accepted standard for cardboard boxes or pallets.

Every major company uses their own design, which means that it's not seamless. There's no way to easily transfer. So unless you have universal standards, you cannot have shared solutions, and thereby, you lose a lot of logistics efficiency when you're trying to interconnect these somewhat different networks.

Croft: In the invited editorial [you co-authored with Eric Ballot and Benoit Montreuil on the initial results and next challenges facing the physical internet that was published in the Journal of Business Logistics], you state, and this is a quote: "Ultimately, the physical internet will enable universal interconnectivity with any organization, any time, and anywhere." Can you paint us a picture, so to speak, that shows us what universal interconnectivity looks like?

Zacharia: I think the simplest example to go back to is the digital internet. The idea that you can be across the world and look at something that is hosted in some other mainframe or some other computer system somewhere else because the information is exchanged across the network without any specific direct rules because it's independent of the technology. So universal interconnectivity for digital can also perhaps be looked at in the physical world. Wouldn't it be very cool if the freight logistics systems could share information so that you could exchange products, exchange freight virtually seamlessly because now you know where that product is and you can get it from one location to another?

Now, let's be clear. Private networks already do this. For example, you get into the UPS network or the FedEx network, they are seamless within the network because whether it goes from a FedEx box to a truck to a plane and back to a rail car or another truck, that's relatively seamless because they have developed and set up that process. The problem is that if you go outside the network, you don't have that kind of seamless exchange. And that's where there's sort of a lot of pain points, so to speak. With universal interconnectivity, you could take a lot of the cost out of the system, and really improve the efficiency and effectiveness of the whole freight logistics system, and thereby directly reduce carbon emissions and improve sustainability.

Zacharia: Well, clearly, if the physical internet was able to be completely, universally interconnected, there is going to be a significant disruption to the large companies that make their revenue from having proprietary networks because these proprietary networks are what people pay a premium to use. And there's a lot of built-in security. For example, if you're mailing a passport, you're going to pay $20 to FedEx to mail it, even though the post office could mail that same passport for 55 cents. Right? But you pay for that extra security.

And FedEx has invested a lot of money in their system so that you can track the product when it enters their system, and it can guarantee that it actually gets there. So now that they paid all this money to do this, what are we going to give if we now say, "Hey, let's use their system. Let's make it all interconnected?" How is FedEx going to recoup some of their investments back?

And what happens if there is a problem in the shipment now? If a part of the time, it was in the UPS network, then went to a FedEx network, and then went to another network, who is going to actually pay for damage? Where did it actually take place? So one of the things that you're going to have is it is going to disrupt existing networks because we haven't figured out some of those aspects of making sure that there's responsibility for any kind of damage, and if there's cost that people have already built into their systems that you have to be able to sort of pay for going onwards. 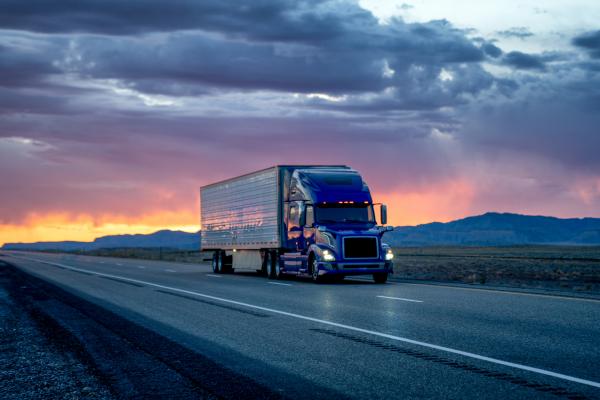 Croft: You also talk about the need for concept proofing, pilot testing, experimentations, and improvements to build trust and consensus about the way the physical internet designs protocols, interfaces, and tools. What are some of the specific examples that you think are helping to set the stage for widespread adoption?

Zacharia: So there's a lot of research labs around the world that are actually working on these kinds of issues. How do we improve interconnectivity? For example, they've already designed a 40-foot container that can be broken into eight specific sizes that allow you to ship products that vary from something that fits in a much smaller, maybe a one-foot container, all the way to the full 40 feet. What's unique about these containers is they sort of fit together. This idea of Legos, where you don't necessarily need to have a container because these smaller versions, they're modules, they fit together [and] become a larger single piece. The beauty is that is you can now take that 40-foot container and now you're going into a different kind of transportation mode. You can take it apart and ship it on a specific mode that is more conducive to that particular design, so to speak.

There are research projects that are looking at using tunnels, sort of the pneumatic tube system, where freight can travel at much, much higher speeds through this pneumatic tube. And they've actually tested this. I think the tunnel is about a mile long, but they were able to show how quickly they could move freight because, of course, the G-forces are not there. And that could be some way to get products from one city to another very efficiently without using surface kind of transportations. So there's a lot of technology that's looking at how can you get these products and freight moving. The other part of that is, how can you share information so that you can actually identify those places where there are inefficiencies?

We know here in the U.S., for example, 20% of all trucks are traveling empty. But if you had a good information system and if the logistics companies work together, then you could ensure that you fill the truck up to the full amount and you don't have trucks traveling empty. So again, there is this kind of research work that's being done. And hopefully, as these become more and more efficient and they start to get more real applications, companies will start to adopt it. And this will lead to this idea of, as you said, a widespread adoption of some of the things that would make this process more efficient.

Zach G. Zacharia, Ph.D, is an associate professor in the Department of Decision and Technology Analytics (DATA) and director of the Center for Supply Chain Research at Lehigh.

Drop Shipping: A New Opportunity for Retailers and Suppliers

What You Need to Know About the Physical Internet