What You Need to Know About the Physical Internet

Published by Zach G. Zacharia under Decision and Technology Analytics on March 14, 2017

First, there was the internet, which revolutionized the way we communicate and conduct commerce on a global scale. Then came the Internet of Things, which is making the products and devices we use—from home furnishings and appliances, such as lamps and home entertainment centers, to sensors embedded in controls on bridges, roadways, and buildings—even smarter and more efficient by enabling them to transmit information and connecting them through the cloud-based internet.

The next leap forward is the Physical Internet, a relatively new concept that envisions applying the technologies and methodologies of the digital internet to the physical world. If you are unfamiliar with the term, you’re not alone.

Pioneered by Benoit Montreuil of Georgia Tech University within the past decade, the Physical internet is a boundary-spanning field of research and practice that seeks to optimize logistical processes to create more efficient, effective, and sustainable supply chains.

The fact is that the way we currently transport, store, and handle freight is unsustainable from an economic, environmental, and societal perspective. Inefficiency is built into virtually every step of our processes, from empty trucks dead-heading 50 or even 100 miles to pick up their next loads, to vast distribution centers that sit underutilized for days or weeks on end.

Imagine instead a global logistics system that moves products in standard-sized, modular containers as efficiently and seamlessly as the internet moves digital information across platforms and continents. That is the vision of the Physical Internet, which is attracting not only considerable buzz in the logistics industry, but significant investments, especially within the European Union.

As someone who has devoted much of my research career to logistics and buyer-supplier relationships, I am tremendously excited by the game-changing potential that the Physical Internet offers. I have recently joined the research team of Benoit Montreuil, Eric Ballot of MINES Paris Tech, and Horst Treiblmaier of Modul University in Vienna, to develop a handbook on the Physical Internet to be published by MacMillan Publishers in 2018.

And we are honored to have Professor Montreuil joining us to lead the opening session on the Physical Internet at a symposium on technology and the supply chain that the Center for Supply Chain Research at Lehigh is hosting on April 6-7. (Visit our website for more information and registration.)

Let me share just two examples of what it means to apply the technologies and methodologies of the digital internet to the physical world. One of the most important technologies that make the internet work is the way it moves data around the world by subdividing it into information packets with header information that relays how the subdivided packets have to be put back together again, following TCP/IP protocols. Having standardized protocols means the process is platform independent—it makes no difference if you’re looking at the information on a computer running on Mac, Linux, Microsoft Windows, or another platform, or even on your smartphone, tablet or smartwatch.

So if you send a 25MB photo from Bethlehem, Pa., to Sydney, Australia, that file will be broken into separate packets that are automatically routed through the most efficient network path. One packet may go through New York, London, and Dubai and arrive in Sydney, while another packet of information may route through Los Angeles to Tokyo to Sydney. Once the individual packets arrive, the image is reconstructed and you get a full picture. This happens seamlessly. 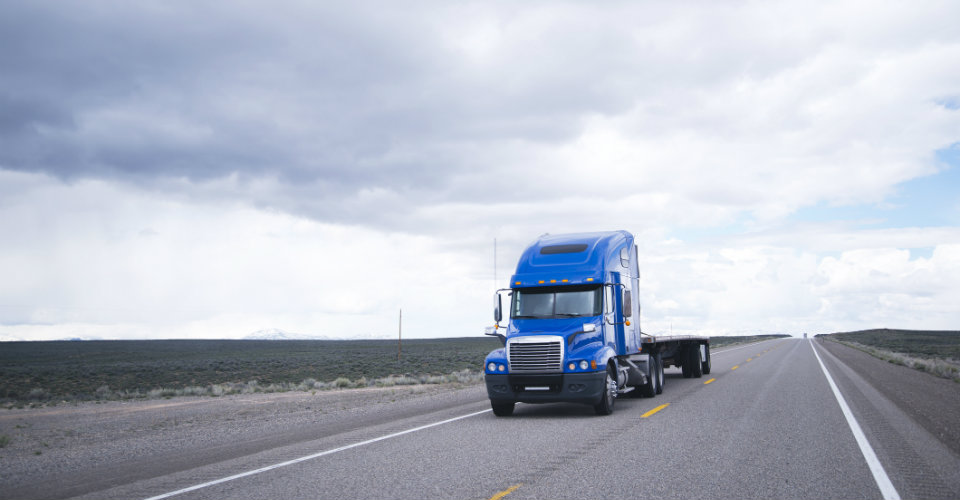 So how could that apply to transporting freight?

We know for a fact that 20 percent of all trucks in the U.S. are traveling empty at any one time. That’s called dead-heading. Having dropped off the load they were carrying, they now have to drive to the location where their next load awaits. Reducing the amount of dead-heading is one of the keys to reducing inefficiency in trucking.

The Physical Internet offers a possible solution based on the internet example I just offered. Montreuil suggests that the optimum means of transporting goods is by agreeing on a standardized set of boxes (think of the standardized TCP/IP protocols) that could snap together into one 40-foot container. This would free the supply chain from fragmented shipments and proprietary dedicated networks.  In theory, a single shipment can begin traveling by road and, if it encounters a problem, switch to another transportation mode such as rail or water provided that mode is more efficient.

Another way to improve efficiency would be to share information about available capacity in different logistics networks in real time. A standard 40-foot container can carry about 40,000 pounds and has about 2,300 cubic feet of capacity. If you are shipping potato chips, you can fill the truck by volume and have only 11,000 pounds in the truck, leaving 29,000 pounds unused. Conversely, if you are shipping rolled steel, you will quickly reach maximum weight at about 200 cubic feet, leaving about 2,000 cubic feet available.

If we can get both the potato chip manufacturer and the steel manufacturer to work together, both would save money by getting a better rate and the container would have a higher utilization, increasing efficiency.

The Physical Internet also could address the vexing problem of high turnover and shortages for over the road (OTR) truck drivers in the industry.  Currently, an OTR truck driver, following the federal Hours of Service rules of 11 hours cumulative driving in a day, would take about four-and-a-half days to haul a load from New York to Los Angeles. Then, depending on where the next load is picked up, the trip home would again be at least another five days—assuming you were able to get a full truckload going straight back to New York.  More realistically, it will take two or three weeks before that driver will get enough paying loads in the right direction to get back home. The stress of long spells away from home is one of the critical factors that leads drivers to quit long-haul trucking.

So imagine instead that the same driver hauls a full container comprised of differently sized, standardized, individual modules five hours to a hub, literally drops it off by unhooking the container from his truck, picks up another container, drops it off at a hub near home and ends the night sleeping in his or her own bed. Meanwhile, that first container is picked up by another driver, who hauls it five hours and drops it off, where it is picked up by another driver, and on it goes to Los Angeles. In theory, the product never stops moving and could make it cross-country in two days.

Dead-heading is greatly reduced or eliminated. The driver’s job satisfaction is immensely improved thanks to being home at night. Fewer trucks are on the road, which helps relieve traffic and greenhouse gas emissions.

These are admittedly simple examples, and yes, there are significant challenges to turning that vision into a reality, including convincing the logistics industry to agree on standardized protocols instead of the proprietary system currently in place. Overcoming those challenges are what Physical Internet researchers are working on today.

While the ultimate goal of a true, Physical Internet might seem like attaining Nirvana, there is no doubt that we will gain significant efficiencies as we share information and develop interconnectivity in the logistics systems. They might not be 100 percent of what a fully realized Physical Internet would bring, but even a 10 or 20 percent increase in efficiency would mean billions of dollars in savings to the logistics industry and, ultimately, to all of us as consumers.

Zach G. Zacharia, Ph.D, is an associate professor in the Department of Decision and Technology Analytics (DATA) and director of the Center for Supply Chain Research at Lehigh.