How Much do Shareholders Really Value Female Directors?

Published by under Management on April 12, 2021

Shareholders clamor for diverse boards. So why aren’t they voting accordingly when the ballots are tallied in director elections?

Pressures for more female representation on boards have intensified over the last few decades. Media outlets, advocacy organizations, consulting firms, and institutional investors have pushed for corporations to have more women directors—partly as a social responsibility imperative and partly because of its expected benefits for improving firm performance.

In 2018, California became the first state to mandate female board representation. Regulatory requirements have now spread to Washington and other states like Hawaii, Massachusetts, and Michigan. Adhering to social expectations can strengthen a firm’s standing in the public eye. So, with gender quotas, diversity reporting mandates, and the pressure of watch dogs that point out lagging firms, one would expect shareholders to vote in support of female director nominees at the annual shareholder elections. This is especially likely for companies with no or just a “token woman” on their boards because of the public scrutiny, media backlash, and gender-discrimination lawsuits that the lack of gender diversity may trigger. 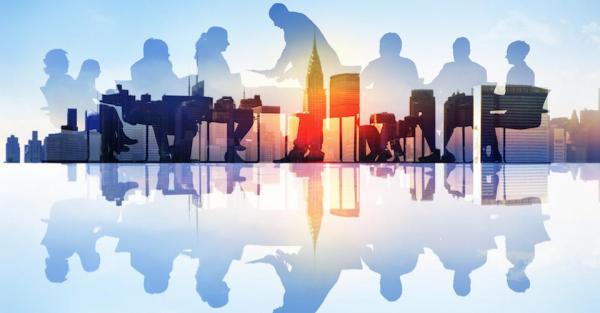 Yet, there are reasons to doubt shareholders’ commitment to board gender diversity: while shareholders certainly want to see their firm comply with social norms and regulatory requirements, these concerns may take a back seat when shareholders worry about the future value of their investments in the firm and about the reliability of directors who are supposed to look out for shareholders’ interests.

When firms financially underperform or get embroiled in media controversies, shareholders may prioritize financial interests over the social responsibility to diversify a board. This is quite likely given the persistence of implicit biases and stereotypes about women’s competence for corporate leadership.

A firm’s poor performance or problematic media coverage may also give rise to counterfactual thinking in shareholders: given the wide-spread (albeit oversimplified) notion that having women on boards improves firm performance, shareholders may come to blame female more than male directors when a firm underperforms or becomes embroiled in a scandal, while giving male directors the benefit of the doubt.

Support for female directors may also drop when shareholders have reason to believe that directors are not looking out for their best interests. Specifically, concerns about director motivation (as when their board attendance is problematic) and director loyalty (as when directors also serve as the executives of firms) may cause shareholders to evaluate female director candidates more harshly than their male counterparts.

Research has long documented that people with lower social status are evaluated more harshly for the same transgressions as higher status individuals. So, while shareholders are likely to protest more against directors who are insiders or who only intermittently attend board meetings, the stereotypes about women’s lower competence, work commitment, and assertiveness could contribute to a more severe backlash against female (vs. male) directors.

Our analysis of more than 50,000 director elections, revealed that shareholders indeed have conflicting concerns when it comes to appointing female director candidates to boards. Shareholders, in general, sought to comply with social and regulatory pressures for board gender diversity, voting preferentially for female director candidates when firms had low female representation on boards and when the firm was doing well financially.

Held to a Higher Standard

Our results also show the practical importance of voting at shareholder meetings. Specifically, we show that directors receiving higher levels of shareholder dissent are more likely to leave the board, which may further reduce the beneficial effects of gender diversity on boards. It may also lead to a loss of status for female directors in the boardroom further impacting their engagement or ability to voice their opinions in a male-majority boardroom.

It is important to understand that in most uncontested shareholder elections, nominees to the board are almost automatically ushered in. That is because some election rules require only one “for” vote for a nominee to get appointed to the board. However, even in elections that require a majority of votes, shareholders typically follow the board recommendations and elect the slate of candidates since the board has typically vetted board candidates extensively.

It is precisely because board elections have so little sway that the votes are informative: research shows that voting against a director nominee is a way for shareholders to express their disapproval of a director, even though shareholders understand that the director nominee will make it to the board. It turns out that disapproval of a director candidate is an effective corporate governance mechanism since directors who receive disproportionately more dissent than other board members end up having less influence in the boardroom and leaving the board sooner.

Lastly, our findings have important implications for female managers at all levels. For instance, it is well established that mentoring relationships are important for women in the workplace. Our study suggests that female mentees should be aware of the potentially harsher treatment of female directors and reciprocate with more support if necessary. At the same time, men on corporate boards may also become an ally to female directors when shareholders’ voting behavior seems biased.

This article is based on the authors’ research in Evaluating Board Candidates: A Threat-Contingency Model of Shareholder Dissent Against Female Director Candidates, Arjun Mitra, Corinne Post, Steve Sauerwald, Organizational Science, 2021.

Corinne Post, Ph.D.
Corinne Post is the Chair of the Department of Management at Lehigh University’s College of Business. Her research center on gender and racial differences in individual work experiences and career trajectories, as well as on the effects of diversity on innovation and performance.

Arjun Mitra, Ph.D.
Arjun Mitra is a professor in the management department at California State University, Los Angeles where he teaches courses such as Organizational Behavior and Organizational Theory.

Steve Sauerwald, Ph.D.
Steve Sauerwald is an associate professor at the University of Illinois Chicago in the department of managerial studies. His research interest include comparative corporate governance and shareholder activism.

California Law Requiring Women on Corporate Boards: Steps Every Board Could Take Now

Influence of Women on Your Board of Directors