Published by Andrew Ward under Management on May 11, 2018

You likely are already aware of the significant demographic shift that is coming as people live longer and healthier lives than ever before.

But this dramatic, and to a large extent predictable, shift poses significant challenges to businesses and workers, both directly and indirectly. And decisions that business leaders, workers, our government and society as a whole make today and in the coming years will determine how well we all fare in what will surely be a far different business environment.

First, the good news. Average life expectancy rose by some 30 years over the course of the 20th Century, and continues to increase.  According to the United Nations, the number of people over the age of 65 is expected to rise by 188 percent between 2010 and 2050.

Even more dramatically, the number of people living past 85 is expected to grow by 351 percent, and those reaching 100 is predicted to increase by 1004 percent over the same period.

The increases we’re already seeing in health and longevity are a testament to the amazing advances that have been made in medical technology and scientific research in recent decades. And we have every reason to believe that those advances will not only continue, but accelerate, in the years to come.

Today’s younger workers can realistically expect to live into their 90s and 100s. For decades, the traditional course of most workers’ lives has been education until their early 20s, working until their mid-60s, and spending the rest of life—15 to 20 years—in retirement.

Clearly, that is not going to be viable with a workforce living past the century mark, both from a financial and desirability standpoint. 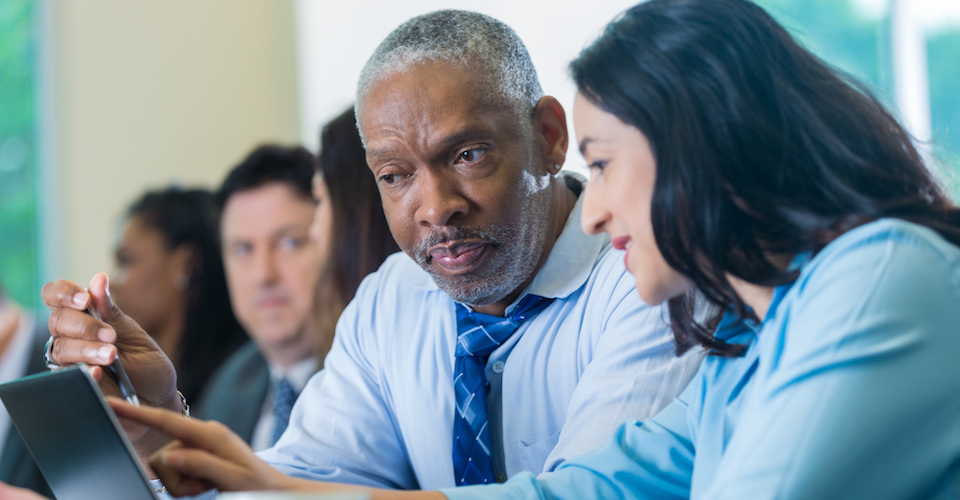 We’ve already witnessed major changes in that traditional path through life. Consider that, for members of the “Greatest Generation” who came of age during World War II, it was not unusual to spend their entire career with one organization, and then retire with a pension in their early 60s. The baby boomers who followed them will hold an average of six to eight jobs over their working lives, and many are already working into their late 60s and early 70s.

The next generation of workers is expected to have an average of 29 employers over their career—or careers. People are moving toward thinking of their careers from a portfolio perspective, resulting in more movement and shorter tenures with organizations, increasing hiring and retention issues for employers.

Think of the way the motion picture industry works. When a movie is greenlighted by a studio, they bring together hundreds, even thousands, of workers—from the director and stars to the gaffers and the go-fers—to make the movie. Once the film is done, they all move on to other projects. Some continue to work together on various projects, sometimes at the same studio, but many do not.

That structure is what the future is likely to resemble for many businesses.

People are going to work longer, perhaps switching careers later in life. With a workforce ranging in age from early 20s to mid-80s, promotion ladders are potentially going to become clogged. For those companies facing waves of upcoming retirements, filling those positions is going to grow harder, and the employment relationship and expectations on both sides is likely to shift.

Who the burden of health care falls on is going to become an even more critical challenge. The same is true for retirement preparation, particularly with increasing stresses on government provision of Social Security.

At the same time, the demographics of customers are also changing. As the population ages, with proportionally more older people and fewer younger people, demand patterns shift and opportunities arise in new markets. That means some industries will suffer or need to undergo dramatic shifts to remain relevant.

The shifting demographics also could create challenges for investment capital. As people age and move into retirement or semi-retirement, they begin to draw down on prior investments. This may result in a large shift in available investment capital, and the stability of the shareholder base for many firms.

Policies for an Aging Population

How the government and society as a whole deals with this demographic change is also likely to have major implications for business.

Take immigration as just one example. Does immigration policy change to allow for easier immigration to balance out the aging population? After all, people who emigrate typically do so at a relatively young age, in their 20s, for education and/or employment. Bringing them into our aging workforce, where they become productive employees and taxpayers, is something it seems to me that we should be encouraging to sustain a growing economy.

Instead, there are efforts to close immigration down rather than open it up. That seems like a short-sighted view. Within 10-15 years, the world’s developed economies are going to be in competition for younger workers, and the policy decisions we make now will affect how competitive we as a nation will be.

There are numerous other challenges. What happens to the provision of health care and retirement? With the changing employment relationship and career patterns, does the burden shift away from companies?  If so, where does it go? Individuals? Families? Governments? Or do we end up with a much greater divide in access to health care and financial security than we already see now? Tracking the markers of changing public policy and opinion will become ever more important in adjusting to potentially major shifts caused by changing demographics.

The bottom line is business organizations will need to change and adapt, and so will workers. And as individuals, organizations, and a society, we need to begin wrestling with what our future will look like today.

This post was adapted from Andrew Ward’s website, The Great Divides, which examines how societal megatrends will cause future disruption.

Andrew Ward, Ph.D., is a professor in the Department of Management at Lehigh Business.