In Praise of Ambivalence: A Complex Emotion for a Complex World

Published by Naomi B. Rothman under Management on October 16, 2017

When the Pew Research Center asked people in a 2015 survey which traits are “absolutely essential for a leader,” more than eight in 10 agreed on the top three: honest, intelligent, and decisive. Another two-thirds thought organized belonged on the list.

One word that did not appear was ambivalent.

That’s hardly surprising. In my research on emotional ambivalence, I’ve found evidence that we don’t like it when people have mixed feelings. We think it conveys that they’re weak. And it goes against what we think we want from our leaders. In fact, with its typical conflation with the word indecisiveness, ambivalence seems to be the polar opposite of one of the traits many people consider an essential pillar of good leadership.

So it may come as a surprise that research I’ve conducted has found evidence that emotional ambivalence can play a positive role for managers—not only facilitating their decision-making in negotiations, but also as leaders and decision-makers more generally. In one paper, I demonstrate that managers who nonverbally show emotional ambivalence—through their facial expressions, gestures, and posture—can open the door to more productive negotiations and better results for everyone. Attaining these “integrative solutions,” however, requires that they first develop good relations with their negotiation partner by setting a cooperative tone.

Showing your ambivalence can inspire your negotiation partner to actually step up and assertively engage more in the task of solving the problem on the table. Combining a cooperative tone while also inspiring one’s partner to be assertive through showing your ambivalence creates what I call the “sweet spot” in negotiations. It allows negotiators to grow the pie via problem-solving and the “win-win” result leaves no bruised egos or hard feelings, paving the way for more productive negotiations in the future.

My work also demonstrates that experiencing emotional ambivalence, relative to more simple emotions like happiness or sadness alone, can make decision-makers more open and receptive to alternative perspectives. And such receptivity ultimately makes decision-makers more accurate in their judgments. 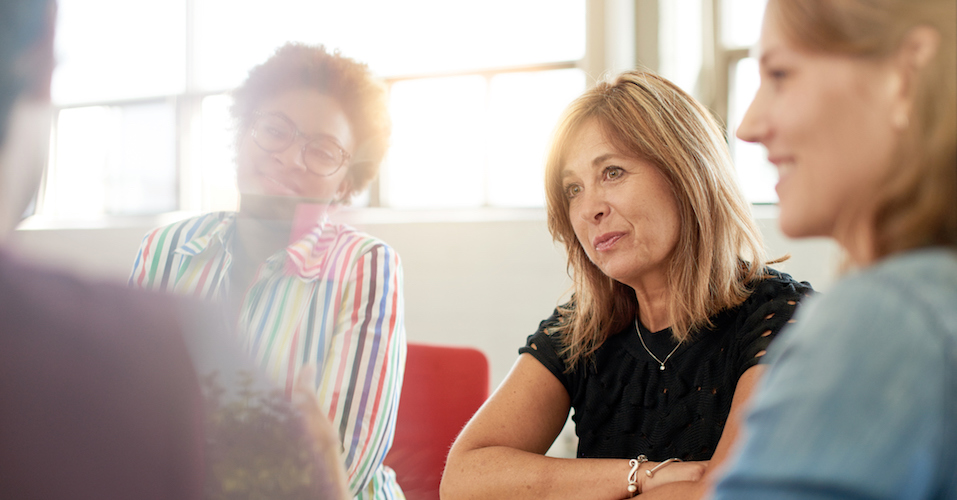 We live in an increasingly complex world, and emotional ambivalence—feeling positive and negative emotions simultaneously—is a complex state. In the same way, being deliberative is more complex than making snap decisions. One might think that managers and leaders who are ambivalent and deliberative—and thus reflect their complex environment—would signal their increased awareness of the world and, thus, competence.

Yet, we tend to laud leaders who act swiftly and decisively, and denigrate those who deliberate, taking the time to understand the different sides to a question and being receptive to those multiple, different perspectives. At least in the short term, there seems to be something comforting about a leader who is willing to “act” rather than “deliberate.”

The irony of my research is that the qualities we commonly disdain in leaders—like ambivalence—may be qualities that would help them make more accurate decisions and deliver better outcomes for all.

The Limitations of Anger

It’s useful to consider the effects of ambivalence relative to other emotions commonly felt and expressed by managers, negotiators, and leaders. Consider anger, for instance. Expressing anger in negotiations is effective in getting concessions from negotiating partners in the sort run—to get people to hand money over to you in a single, one-shot negotiation transaction. But they will not want to work with you again in the future.

And anger won’t lead to integrative solutions that are better for everyone. Anger leads others to submit and give in, but not to be proactive in solving the problem at hand, not to be creative, or to think deeply. Anger is less likely to lead to complex solutions to complex problems.

So in the short term and the long run, my research shows that experiencing and expressing emotional ambivalence can lead to better outcomes for everyone relative to more simple emotions such as anger, sadness, happiness, or even neutrality.

Clearly, ambivalence isn’t going to be useful in every situation or context. But we often exclude it from our list of managerial or leadership strengths because of the widely held bias or prejudice against this complex state.

Ambivalence in Other Contexts: The Physician-Patient Relationship

I am recently starting to explore how it’s not just in the context of companies and their leaders that emotional ambivalence can lead to better outcomes. I’ve seen this bias in relationships with other authority figures who also make decisions that affect our lives.

For instance, I’ve recently started to extend my work to the health care context. One example is in physician-patient relationships. In general, we really don’t want our physicians to show ambivalence about their diagnoses because what we’re looking for is certainty and information about how to act. And ambivalence doesn’t provide clear information on how to act.

Yet, experiencing ambivalence may be useful for those physicians. Because it’s a complex emotion, it might prime physicians to realize that the set of symptoms presented are complex and challenging, which could make them more open to asking other experts for their opinion. It might also make them more receptive to alternative data points or information about a patient’s symptoms because they’re primed to realize that this is a complex decision.

What Leaders and Organizations Can Do

One of the reasons I believe the study of ambivalence is interesting and important is that the culture in many organizations, and perhaps in our society as a whole, too often views mixed emotions in a negative way. The clear message is that you need to resolve the conflict, get over one-half of your mixed feelings, and become decisive.

When we encourage people to suppress their mixed feelings, we are losing an opportunity for them to benefit —both at the individual level, in terms of making better decisions, but also at the interpersonal level, where their ambivalence may inspire their employees or patients to step up, think hard, and voice their own concerns and points of view.

In a complex world, we need to value complexity, not attempt to shunt it aside. And that means we need to start treating ambivalence with the respect it deserves.

Naomi B. Rothman, Ph.D. is an associate professor in the management department at Lehigh Business.