Published by Ernest K. Lai under Economics on April 8, 2019

While we tend to believe that truth will stand the test of time, we may not realize that falsehoods—misinformation, myths, or, using a familiar term these days, “fake news”—could also have long-lasting consequences.

False information breeds false beliefs. And beliefs, once formed, have a life of their own. They are hard to change or eradicate, even in the presence of new, contrasting information. A case in point is the continuing belief in some circles that there is a link between vaccination and autism.

In 1998, a British doctor, Andrew Wakefield, and co-authors published a study in the medical journal The Lancet linking measles virus with certain bowel diseases found in autistic children. The study has fueled decades of controversy concerning whether the measles-mumps-rubella (MMR) vaccine causes autism. The MMR immunization rates in the U.S. and other countries plummeted after the study was published.

Wakefield's study was based on only 12 children. Subsequent studies using larger samples were all unable to replicate the original study’s findings. In 2004, the Institute of Medicine put an end to the controversy—or at least it should have: A systematic review by the Institute of all available studies concluded that no evidence existed for the MMR-autism link.

The Lancet eventually retracted Wakefield's study in 2010. The journal editor remarked: "It was utterly clear, without any ambiguity at all, that the statements in the paper were utterly false."

The Rise in Measles Outbreaks

One would expect that such an unequivocal and salient scientific rebuttal should clear up any remaining public concern. Not quite the case. The MMR immunization rate continued to drop, and the controversy lived on. Curiously, that was particularly true among children of educated parents. Since highly educated people are typically better at absorbing information, they are usually more responsive to new medical information.

While this may sound like a good thing, what if they initially absorbed some false information?

Psychologists would tell us that this can indeed be problematic if people suffer from confirmatory bias. Well documented in psychology labs, confirmatory bias refers to the phenomenon that, when presented with mixed information, people tend to select and interpret new information in a way that confirms their existing beliefs.

While by 2004, it was beyond debate scientifically whether the MMR vaccine causes autism, the public continued to receive "fake news" along with the correct information. Media outlets continued to share reports based on sentimental anecdotes from parents of autistic children or anti-vaccination speeches from celebrities and politicians.

While overall vaccination rates remain high in the U.S., the number of young children who have received no vaccines has more than quadrupled since 2001. Measles outbreaks are on the rise, with 387 cases reported in 15 states through March 28, according to the U.S. Centers for Disease Control and Prevention (CDC). The number of measles cases this year has already surpassed the total for 2018, and if the trend continues, would be the most in any year since measles was declared eliminated in the U.S. in 2000. 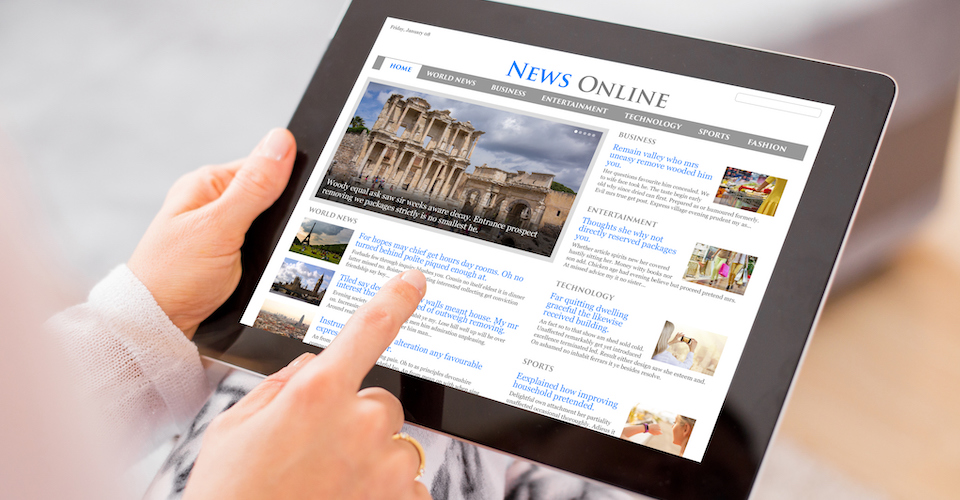 The Power of the Internet

The increase in measles outbreaks raises the question: Is confirmatory bias a reason so many children have not been vaccinated? A former graduate student, Mengcen Qian, my Lehigh economics colleague, Shin-Yi Chou, and I have been taking a close look at this issue in recent years.

Quantifying the relevant news coverage and online information-seeking activities in the U.S. for the period from 1998 to 2011, we found that—for equal quantities of negative and positive news about the MMR vaccine—the immunization rate decreased substantially more in response to the negative news than it increased in response to the positive news.

To our knowledge, this is the first non-experimental evidence of confirmatory bias in health-related decisions. We also found that, among the different types of media information, online information—whether positive or negative—has the strongest impact on vaccination.

That offers hope that there may be a way to reverse the devastating effects of lingering misinformation—by putting more resources into disseminating online information that vaccines are indeed safe.

Ernest K. Lai, Ph.D., is an associate professor in the Department of Economics at Lehigh Business.