Some Like It Hot … But Not When It Comes to Helping

Published by Liuba Belkin under Management on September 12, 2017

Summertime, and the livin’ is easy …George Gershwin

When the brilliant American composer wrote that line more than 80 years ago, he clearly wasn’t thinking about anyone who had to work for a living in the sweltering New York City heat and humidity. After all, the individual room air conditioning unit, the kind that perches on a window ledge, had just been invented a few years earlier, and only the very wealthy could afford such an extravagance.

I recently published a study, along with my co-author Maryam Kouchaki, an assistant professor at Northwestern University’s Kellogg School of Management in Evanston, Ill., looking at how ambient temperature—specifically, uncomfortable heat—affects  the willingness of people to  be helpful, or “prosocial,” to use the psychological term.

We studied the question from three different methodological angles, and came to the conclusion that when the heat turns prickly, so do many people.

And it’s not just the physical sensation of being hot and sticky that sours someone’s positive outlook and willingness to help others. We found that merely thinking about being uncomfortably hot can increase fatigue, alter a person’s mood, and change her or his behavior in ways that are, quite literally, unhelpful.

Having a Heat Wave

Our study started with an analysis of data submitted by “secret shoppers” who visited stores in a large Russian retail chain during the months of July and August in two consecutive years—2010, which featured a record-breaking heat wave, and 2011, which had a more typical summer. The secret shoppers are deployed annually to evaluate customer service, as well as a store’s cleanliness, physical environment, and other factors.

In examining their data, we found that during the extreme heat wave of 2010, store clerks were 59 percent less likely to be helpful to customers. That included such basic courtesies as volunteering to help customers, greeting customers, or making suggestions regarding merchandise.

However, the data analysis could not show how that happened—whether it was perceived fatigue or perhaps a person’s positive or negative “affective states,” which refers to what is commonly thought of as emotions or moods.

We tested our proposed mechanisms with an experiment employing an online survey. We recruited 160 participants, all United States citizens over 21 years old, through an online panel and paid them to take our survey. The participants were told they were taking part in a study of individual recall ability and problem-solving skills, and were split into two groups.

Half of the participants were asked to recall a time when they felt uncomfortably hot. They were shown pictures of people suffering from heat, and then were asked to close their eyes, focus for one minute on how they felt when they were hot, and then write down the details and feelings associated with that time. The other half served as the control group. They were asked to recall what they did the day before, and the details and feelings associated with it.

Then, both groups were asked to answer several simple trivia questions. Afterwards, we asked all the participants if they were willing to answer another brief survey for another project. However, we told them they would not be paid for the additional survey, and it was entirely up to them whether they helped us with it or not. Either way, they would still be paid for taking the original survey.

Those who declined to take the additional study were asked to give a brief reason why.

The group thinking about being overheated also felt significantly more negative and significantly less positive than their control counterparts. Interestingly, an increase in negative mood among those in the “hot” group did not result in a decrease in helping behavior (agreeing to take the extra survey), while a drop in a person’s positive mood in the hot group did.

I’ll come back to that toward the end of this post. 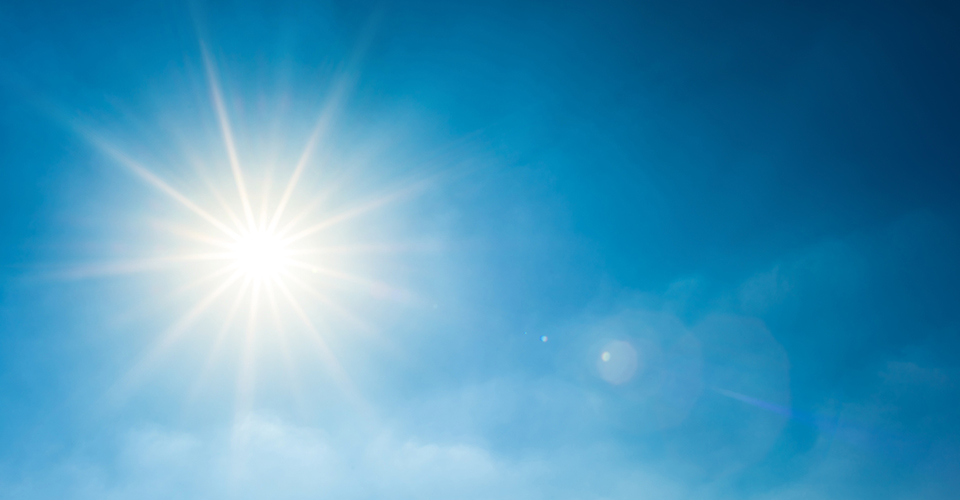 Having a Field Day

To test what we had learned in our first two studies, we conducted a field experiment in a classroom at a university in the northeastern United States. A total of 73 students in two sections of the same management course, with the same instructor, participated in the experiment. The morning class met in a room that was an uncomfortable 80 degrees, while the afternoon classroom was a cool, air conditioned 69 degrees.

Each class listened to a lecture, and then was asked to complete a short, anonymous survey that included a few demographic questions, and two questions targeted to see whether the difference in ambient temperature between the two classrooms made a significant difference. Students were asked to rate how comfortable their classroom was, and to estimate the temperature in the room.

After completing the survey, students were asked to take another 100-question survey for a local nonprofit organization serving underprivileged children and individuals. They were not expected to answer all of the questions, but were told that answering as many as possible would be extremely helpful.

We found that the students in the warmer classroom not only felt it was less comfortable and had a higher estimate of their classroom temperature than those in the cooler control group, but they also answered significantly fewer questions for the nonprofit survey than their counterparts in the control group. In fact, a significantly smaller percentage of students in the hot classroom were willing to answer any of the questions to help the “nonprofit organization.”

Once again, we saw that higher fatigue levels and significantly less positive mood drove that decrease in helping for those in the hot classroom.

So finding ways to maintain or boost a positive outlook among employees, even in uncomfortably hot conditions, will help maintain or boost helpful behaviors. And it’s important to keep in mind that moods are contagious—both positive and negative.

So how do you protect and promote positive moods? By showing empathy to employees and cultivating a culture of compassion and trust.

Even if you can’t alter the physical environment for employees working outside on a hot day, you should do everything you can to show workers you care about them, value them, and empathize with what they’re going through. And not only with words, but with actions.

For example, if it’s feasible, you might want to consider doing something like giving them a day off later in appreciation for working through adverse conditions or at least allow for a flexible schedule during the heat.

It may not make the livin’ easy. But remember, every little bit counts and, as our research indicates, it likely will make your employees more helpful—and your customers more satisfied.

Liuba Belkin, Ph.D., is an associate professor in the Department of Management at Lehigh Business.