Published by Frank R. Gunter under Economics on June 20, 2017

“The empire, long divided, must unite; long united, must divide. Thus it has ever been.” (Opening lines of the classic Chinese novel, Three Kingdoms)

The legitimacy of a state has three pillars: ideology, nationalism, and economics. Following the chaos and destruction of the Cultural Revolution, the rapid growth of the Chinese economy garnered widespread support for the Communist Party’s control of China.

Since 1990, the country’s real gross domestic product (GDP) growth has averaged about 10 percent a year. As a result, China—with its 1.4 billion people—has recently surpassed the United States in total GDP. There has been such a rapid rise in personal incomes that the average 30-year-old person in China has an estimated income six times greater than his or her parents at the same age.

But the Chinese economy is showing signs of severe strain. The real growth rate slowed to about 7 percent in 2015 and 2016. While most countries would cheerfully accept such an economic growth rate, it is below the Chinese government target.

And rapid economic growth has been accompanied by an even more rapid rise in income and wealth inequality. Based on its Gini coefficient—a measure of income inequality—China has transitioned in one generation from one of the most egalitarian states in the world to one of the most unequal. Forbes magazine reported that there are now 400 billionaires in China, second only to the 536 billionaires in the United States, where average incomes are three times greater.

Combined with the country’s millionaires, it appears that less than 0.5 percent of the Chinese population controls wealth equal to between 25 percent and 33 percent of GDP. How much of this wealth is ill gotten is difficult to estimate, but the ongoing corruption crackdown revealed that many newly rich Chinese are closely related to high government officials.

The combination of extreme income inequality and widespread corruption has contributed to China’s massive capital flight. Over the past decade, capital flight—illegal movements of capital to overseas sanctuaries—has reached an estimated $3.8 trillion. The failure of government capital controls to stop capital flight has further reduced confidence in the government’s ability to manage the economy. 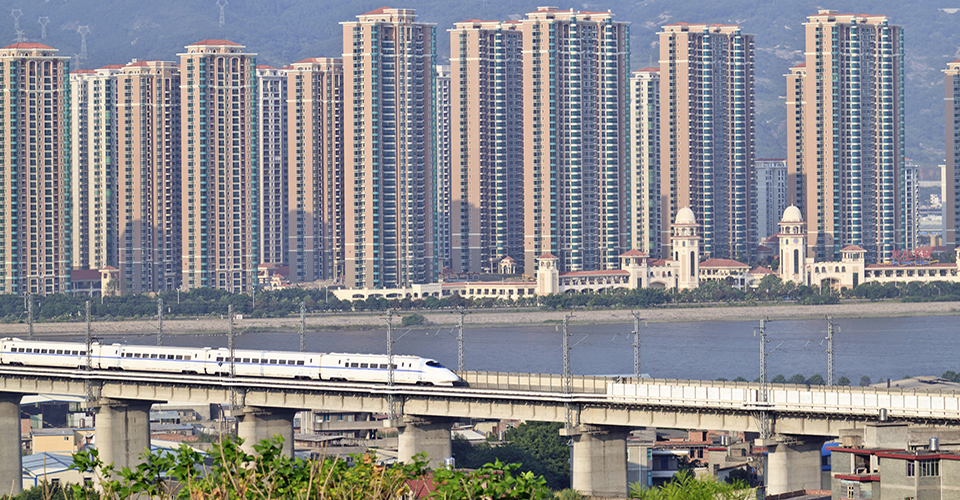 Such investment expenditures are supposed to encourage economic growth in two ways. In the short-run, such investment leads to an increase in the demand for goods and services, which in turn spurs employment. In the long-run, infrastructure investment should increase the capability of the economy to produce more in the future.

There are multiple examples. As discussed in a recent New York Times article, China has erected hundreds of new toll bridges. But, in many cases, the tolls charged cannot even pay for operation and maintenance, much less for the construction costs. Several new high-speed passenger railroads are mostly empty except during holidays. Large “Western-style” apartment complexes sit almost empty outside many of the middle-population cities. The rapid expansion of the country’s higher education system has produced many more college graduates, but there is a shortage of appropriate employment.

The combination of high investment spending and a slowing of economic growth and associated tax receipts has resulted in a substantial increase in Chinese debt. According to the Wall Street Journal,China’s debt as a percentage of GDP has reached more than 250 percent—twice the ratio of only a decade ago. This rise in the debt-GDP ratio contributed to Moody’s May 2017 downgrade of China’s credit rating.

Slowing growth, rising inequality, corruption, capital flight, infrastructure investment waste, and rising debt-GDP ratio, as well as widespread air and water pollution—all of these factors weaken popular support for the Communist Party as stewards of the Chinese state. These failures undermine the legitimacy of the government and will increase the dependency of Chinese leaders on the other major sources of legitimacy: ideology and nationalism.

Until the end of the Chinese Cultural Revolution in the mid-1970s, one could argue that the dominant ideology of China was communism. However, as economic liberalization has progressed, communism has become an almost meaningless concept. This loss of meaning is exemplified by the fact that many large business owners—enemies of the people, according to Mao—have been allowed to become Chinese Communist Party members.

While the party periodically proposes an increasing ro­­le for democratic elections, the memory of the 1989 Tiananmen Square massacre makes it clear that party leaders will never allow their power to be threatened in any significant fashion by a democratic movement. As a result, low-level elections are tightly controlled to ensure that there is no threat to the Communist Party.

Confucianism represents an alternative ideology encouraged by the leadership. Confucianism is not a religion, but rather a guide to living a harmonious life based on five relationships. One advantage to the Chinese authorities is that Confucianism encourages respect for lawful authority. However, it is unclear whether the government can successfully transition those who have abandoned communism to Confucianism—especially since many young people are attracted to Christianity instead. It is also questionable whether an increase in acceptance of Confucianism will automatically strengthen support for the government.

The final pillar of legitimacy is nationalism. Of course, nationalism can be benign or malign. China is the home of great literature and art. It is a country rich in cultural and linguistic diversity. The geographic contrasts amaze tourists, foreign and domestic. There are many engineering marvels. Its foreign trade and investment have contributed to stronger relations with many other nations. And it is an increasingly important participant in sports.

However, it appears that the government of China is also using the malign facet of nationalism. As Marx noted, conflict and disputes short-of-conflict allow governments to distract their peoples from economic difficulties. Do the multiple disputes between China and its regional neighbors—such as those in the South China Sea—reflect a deliberate effort by the authorities to distract its population from failed attempts to deal with economic challenges?

If so, then a continued deterioration of China’s economy can be expected to have severe implications for regional stability.

Frank R. Gunter, Ph.D., is a professor in the Department of Economics at Lehigh Business.