Being a Team Player in a Multiple Team World

Published by Ozias A. Moore under Management on January 25, 2019

For the past four decades, most of the formal research regarding teams in business organizations has been based on the traditional team model, which featured one leader and primarily stable team membership.

In recent years, however, the whole concept of teams has changed dramatically.

Instead of being on one team, most workers—especially those in knowledge-based industries, such as software, engineering, and product development—now find themselves on multiple teams simultaneously. Instead of stable membership, team members come and go throughout the team’s life cycle depending on the skills and expertise they bring, the roles they play, and the current stage of the project the team is working on.

Welcome to the world of dynamic team composition and multiple team membership.

Too often, workers today feel like they’re caught between the proverbial rock and hard place. As one participant in a multiple team membership research study I conducted commented:

“Sometimes, when work gets really busy, it is hard for me to balance between the competing priorities of my multiple project teams. For example, if I'm very busy with work tasks on one of my teams during a particular week, and I'm not able to spend as much time on the work for my other project teams, I feel guilty about that, and vice-versa.” 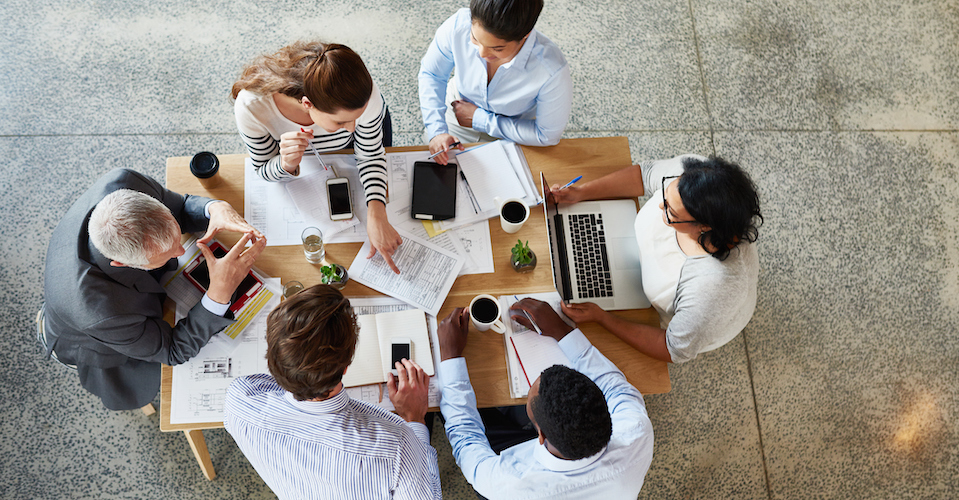 A Question of Identity

Although the majority of workers today are members of multiple teams, and must deal with multiple roles, multiple bosses, and multiple accountabilities, the research literature within this field has not sufficiently caught up with how teams work in real life. There is little theory or empirical research to explain when and how multiple team memberships positively or negatively affect employees and team outcomes.

Thankfully, that is changing. As scholars, we are revisiting a lot of the previous research on team membership because our understanding of the nature of collaboration, of how people are working together, has totally changed.

My primary area of research looks at dynamic team composition, and how these changes influence outcomes such as productivity, job satisfaction, and performance. One of the keys things I’ve found is that it’s not just the number of teams an employee is on that affects outcomes. Team characteristics also make a difference.

In the traditional way we looked at teams in earlier research, we know that collective team identity is an emergent state. So as people are working together in teams over time, it tends to strengthen their team identity. And a strong team identity contributes to team effectiveness.

One of my research projects found that, when employees identify more strongly with their primary team, they experience less identity strain as a result of their other team memberships. And those with higher amounts of primary team identification who were on fewer simultaneous multiple teams experienced lower identity strain than those who were on a greater number of other teams. They also had lower employee turnover.

Building a New Body of Knowledge

That is not to say that multiple team membership is bad. It has some very clear benefits. These include cost savings by getting more productivity from workers, increased efficiencies and synergies, and knowledge transfer through multiple collaborations. In a world where businesses are organized increasingly along project-based and team-based models, these all add up to increased flexibility and efficiency.

But at some point, the benefits start to deteriorate. Team members may experience role overload or role ambiguity, losing clarity about the types of tasks required of them. With people constantly joining and leaving teams, they may have difficulty getting a sense of who is even on their team and what expertise they bring. These and other factors can lead to a lack of cohesion and team effectiveness.

Everyone wants to know what the magic number is, how many teams are too many for employees. Unfortunately, it’s not that simple. There are many different factors and levels of analysis that require further study.

Answering the kinds of questions that researchers studying multiple team membership are now examining can help us understand why, in some cases, having a larger number or smaller number of teams may not hurt outcomes.

Understanding the factors that help to offset the negative effects of multiple team membership will help us attain better outcomes, and improve the lives of workers and managers alike. As a scholar conducting research in this field, I look forward to contributing to the new body of knowledge we need to fully understand how teams work today.

Is your organization interested in participating in research regarding multiple team membership? Please contact Ozias A. Moore, assistant professor of management, in Lehigh University’s College of Business.

Ozias A. Moore, Ph.D., is an assistant professor in the department of management at Lehigh Business.