Published by Muzhe Yang under Economics on January 29, 2018

I grew up in Beijing, China, where there is a seasonal reversal in the wind direction: northwesterly wind in the winter and southeasterly wind in the summer. I used to ride bicycles there, which helped me become sensitive to wind directions. Since I moved to Bethlehem in 2008 to take a faculty position with Lehigh University’s College of Business, I have noticed that, in this region, most of the time the wind comes from the west, except when we get “nor’easters.”

A few years ago I learned from our local newspaper, The Morning Call, that sulfur dioxide (SO2) emitted from the Portland Generating Station, a coal-fired power plant in Pennsylvania, had actually reached New Jersey, which is a very logical finding to me. The wind cannot recognize the border between the two states. It doesn’t stop at the border, and it will just continue to blow, making New Jersey a victim of the power plant. Furthermore, this power plant is located on the western bank of the Delaware River, so it is located in Pennsylvania, but immediately next to New Jersey.

Not surprisingly, in 2010 the New Jersey Department of Environmental Protection filed two petitions with the U.S. Environmental Protection Agency (EPA) offering scientific evidence that excessive amounts of SO2 spewed into the air by the Portland plant were being carried by the wind into four Garden State counties: Warren, Sussex, Morris, and Hunterdon.

Those petitions led to a landmark ruling by the EPA known as the Portland Rule, issued in November 2011, which for the first time ever used its authority under the Clean Air Act to override a state’s regulations and impose regulations directly on a single pollution source. The EPA ordered the Portland plant to slash SO2 emissions by 81 percent, setting a Jan. 1, 2015 deadline for compliance.

Following an unsuccessful court battle to overturn the ruling, the owners shut down the coal-burning operation on June 1, 2014. Since then, the plant has only been used to provide electricity on “peak” demand days, using low-sulfur diesel fuel to generate electricity.

The Toll on Infant Health

As an economist, I am always thinking about tradeoffs—the benefits and costs of decisions, as well as the unintended consequences, such as externalities. Along with my colleagues, I embarked on a study looking at the impact that prenatal exposure to power plant emissions had on birth weight in the four New Jersey counties.

In the study published in the Journal of Policy Analysis and Management last year, we found that from 1990 through 2006 (before the shutdown of the power plant), babies born to mothers living as far as 20 to 30 miles downwind from the Portland Generating Station were 6.5 percent more likely to be born with low weight and 17.12 percent more likely to be born with very low weight. Other studies have established a strong positive association between birth weight and outcomes as an adult in health, educational attainment, and earnings.

I have been following up on that research with my colleague Shin-Yi Chou, Professor of Economics at Lehigh University, who also collaborated on the previous study. We looked at what impact the plant’s closing had on infant health in New Jersey.

We used data from five sources: birth records collected and released by the New Jersey Department of Health; EPA data on the Portland plant’s emissions; a weather database from Weather Source, LLC, which provided information on wind direction measured hourly; the National Climatic Data Center, which gave us other weather variables; and the zip code database. 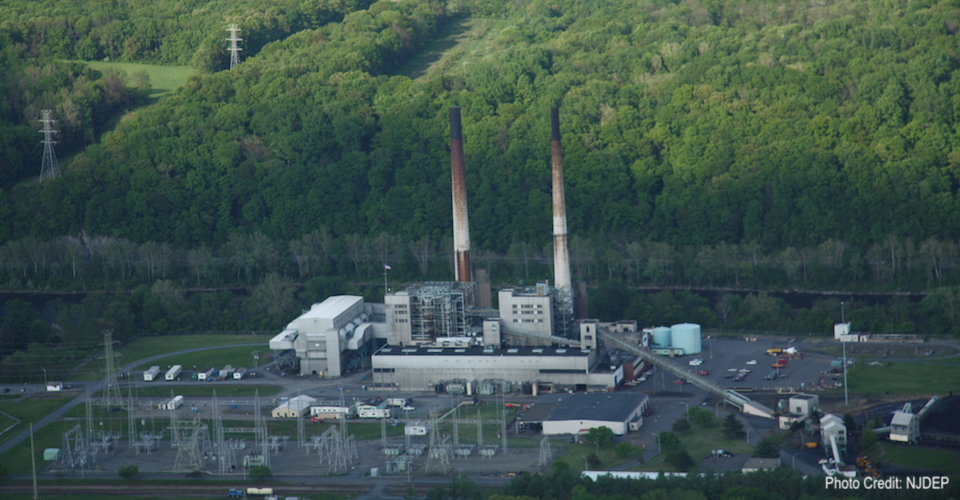 Not a ‘Gone with the Wind’ Story

Our findings are encouraging in showing that health outcomes can improve once a large air polluter is shut down. But the Portland power plant started operation in 1958, and for more than 50 years was allowed to pollute the downwind neighboring state of New Jersey without being controlled.

A report by the Environmental Integrity Project in 2007 ranked the Portland Generating Station fifth in the nation in terms of SO2 emission rate. And in 2009, during the time we looked at the impact on birth outcomes, the plant emitted a total of 30,465 tons of SO2—more than double the amount of SO2 emissions generated by all power plants in New Jersey combined in that year (which was 12,810 tons), according to the New Jersey Department of Environmental Protection.

Looking at the benefits and costs, Pennsylvania for decades was able to reap the benefits of jobs and tax revenues from the power plant, while shifting the costs of the pollution the plant generated to New Jersey. This is sometimes referred to as “environmental free riding.”

Pennsylvania’s free ride was made possible by the wind and the fact that even though the EPA sets federal environmental standards, such as the National Ambient Air Quality Standards (NAAQS), the enforcement of those standards is primarily left to individual states, because of the system of federalism in the U.S. Constitution.

There is indeed a flaw in the decentralized, state-by-state regulatory approach: The wind doesn’t recognize state borders. Yes, we do have Section 110 of the Clean Air Act (specifically Section 110(a)(2)(D), the so-called Good Neighbor Provision), asking each state to prohibit emissions that will “contribute significantly to nonattainment in, or interfere with maintenance by, any other State with respect to any such national primary or secondary ambient air quality standard.”

However, the Good Neighbor Provision proved to be ineffective in alleviating the interstate air pollution problem, mainly because the language “contribute significantly” lacks the clarity of a standard that can be used for holding upwind states responsible for causing downwind states' NAAQS violations.

The Portland Rule, which was issued in November 2011, marks the EPA's first-ever granting of a petition under the “Interstate Pollution Abatement” section, which is Section 126(b) of the Clean Air Act, against a sole pollution source, and it is only the second time the EPA has granted a Section 126(b) petition (the other petition, granted in 1998, was against multiple pollution sources).

In the absence of interjurisdictional coordination in dealing with cross-border pollution problems, Section 126(b) in principle serves as an alternative avenue for downwind states to limit cross-border power plant emissions from upwind states—that is, to enforce the Good Neighbor Provision. However, in reality Section 126(b) petitions have seldom been granted. The primary reasons are the challenge in exactly measuring and proving transboundary power plant emissions, as well as the legal challenge to the EPA's authority in imposing regulations directly upon a pollution source, overriding each state’s own regulation—which could, ostensibly, meet the Good Neighbor Provision’s requirement.

Because of the challenge in regulating cross-border air pollution, it should come as no surprise that a study published in the American Journal of Political Science last year found that facilities that are major air polluters are more likely to be located near a state’s downwind border than facilities that generate hazardous waste that is not primarily airborne.

Jurisdictional borders, when dealing with air pollution problems, unintendedly can offer a perverse incentive for states to export their pollution to neighboring states. The empirical setting of our study is an important manifestation of negative interjurisdictional externalities in the case of cross-border air pollution that had not been effectively dealt with by decentralized, state-level policymaking.

While the development of renewable energy sources such as solar, wind, and hydropower is underway, coal is expected to remain in the U.S. energy portfolio in the foreseeable future. Remember, there was a time when coal became a fallback option in the 1980s, because of the Three Mile Island accident that occurred in 1979. Since the Fukushima nuclear disaster in March 2011, “nuclear energy exit” has started in countries such as Germany and Japan, leading to redevelopment of coal-fired power plants.

In this regard, how to properly regulate coal-fired power plants and how to lower the cost of installing scrubbers (for flue gas desulfurization) are not outdated questions, but questions still of paramount importance.

Muzhe Yang, Ph.D. is a professor in the Department of Economics at Lehigh Business.