Why the Government Mandate is Essential for Health Insurance Markets

Published by Chad D. Meyerhoefer under Economics on March 29, 2017

Now that the House Republicans’ attempt to repeal and replace key parts of the Affordable Care Act (ACA) has failed, at least for the time being, there is no shortage of finger-pointing and recriminations regarding what went wrong.

Largely lost amid the various political and policy objections being blamed for the outcome is a fundamental, underlying reason that the approach taken by the GOP could not deliver on the promise of insuring more people at a lower cost. One of the core tenets of the House GOP’s approach was elimination of the mandate requiring everyone to have health insurance.

I believe that, from an economic standpoint, the ACA’s mandate is essential to making any market-based plan work.

Opposition to the mandate was primarily based on the argument that competition and choice would lead to better health insurance options at lower premiums. Like most economists, I generally agree that competitive markets deliver the best possible results for commodities such as items on grocery store shelves and clothing, among many others. The end result is that markets steer resources to where they are most productive, and the general welfare is maximized.

But as Mark V. Pauly posited in a highly influential paper published in The Quarterly Journal of Economics in 1974, health insurance is an exception to the rule. According to Pauly’s research, and that of Kenneth Arrow before him, competitive markets excel when “perfect information”—knowing the exact quality, quantity, and cost of what you’re buying, for example—is available. When it comes to health insurance and medical care markets, that information often doesn’t exist.

Everybody, no matter how healthy you are, is subject to risk. Any of us could be in a car accident, suffer a stroke, or be diagnosed with cancer. Protecting people from the financial consequences of these unfortunate events makes them better off, but it can only be done by pooling resources across a large number of people through insurance contracts.

In order for these contracts to work, two conditions must be met:

The lack of certain information about enrollees makes it difficult for companies to underwrite health insurance contracts that meet both requirements. These information problems are generally referred to as “moral hazard”—when one person fails to act in good faith by taking more risks because the costs will be borne by others—and “adverse selection”—when either the buyer or seller holds information that is not available to the other. 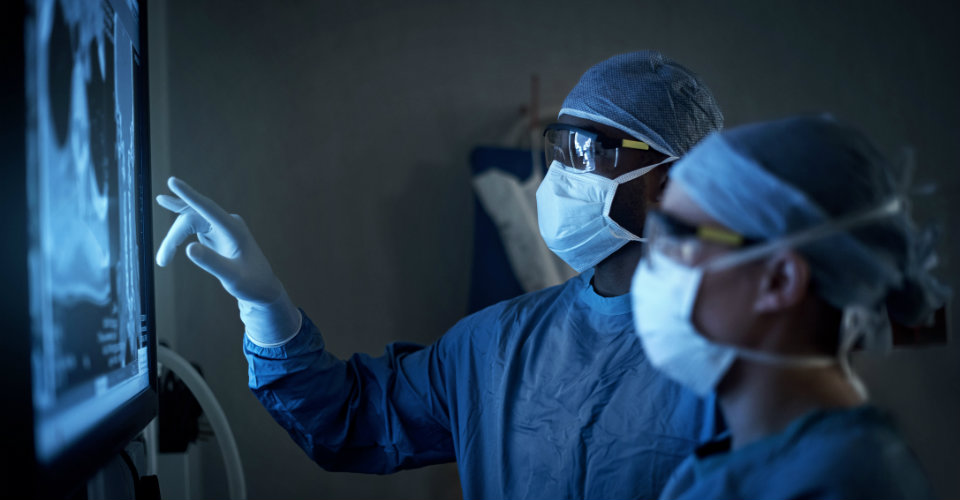 A single-payer system along the lines of “Medicare for all,” similar to what many industrialized nations have, is another option, but I will limit my discussion here to a private market-based system, since that was the focus of the repeal and replace legislation.

If choice is unrestricted, some people will essentially choose to opt out of the market and the whole concept of risk pooling cannot be supported. Pauly’s research demonstrates that without a strong mandate requiring everybody to have coverage, you’re going to have adverse selection—sick people will want coverage, healthy people won’t, and you won’t be able to cover the cost of those claims because you won’t have both types of individuals in the risk pool.

The whole idea of choice is predicated on knowing exactly the quantity and quality of what you’re getting and how much it costs. You can’t rationally know or evaluate the costs and benefits of the specific medical care you will need over your lifetime.

What we do know is that without health insurance, there is simply no way that most people could afford to pay for care if they are badly injured or diagnosed with a serious illness. Essentially, when somebody opts out of coverage, they are planning to have somebody else pay the costs if they become seriously ill or injured. That’s almost the textbook definition of moral hazard.

Societies typically don’t allow people to deliberately shift their future costs onto others. It certainly isn’t a choice you get if you drive a car or buy a home. In fact, the fear over health insurance mandates seems disproportionate given how common they are in other insurance markets.

Auto insurance is mandated, and yet there’s not a constituency of individuals out there lobbying to get rid of state insurance mandates for automobiles. And I don’t know a lot of people who say I’m not going to drive because I don’t want the government to force me to buy car insurance. They may say I’m not going to drive because I can’t afford a car or I can’t afford auto insurance, but that’s different. And I certainly don’t know anyone who says it doesn’t matter if the driver of a car that crashes into my vehicle is driving without insurance.

Similarly, anybody who has a mortgage is required to have property insurance. It’s essentially a mandate because you can’t get financing to buy a house if you don’t have homeowners insurance. Again, there aren’t repeated calls to end property insurance mandates.

There is an illusion that competition can solve all the problems in the marketplace. Health insurance is one case where it can only do so much. It doesn’t mean that certain aspects of the health insurance and medical care markets don’t benefit from competition, but at a fundamental level, unrestricted competition in these markets won’t lead to the welfare-maximizing outcomes we  observe in other markets.

Eliminating the mandate will only undermine the underlying concept of risk pooling that drives private health insurance markets. And that’s a risk our nation is better off not taking.

Chad D. Meyerhoefer, Ph.D., is a professor in the department of economics at Lehigh Business.