Microcredit Really Does Help the Poor - Just in Modest Ways

Published by Todd A. Watkins under Economics on June 12, 2017

Look at a typical microfinance institution’s website and you will find heartwarming stories about people who managed to dig themselves out of poverty and into prosperity. Often, these narratives suggest people didn’t do it just for themselves, but also for their children, so that they, too, could have a better future.

The clear promotional message is the potential of microfinance to better the lives of billions of poor people everywhere.

Yet, do these select stories fairly represent the true overall impact of microfinance? Or do they paint a biased, too-rosy picture, too good to be true? Hundreds of millions of people have used microfinance services over the past several decades. Perhaps that means the sentimental stories chosen to be highlighted on web pages and in brochures just might not be the full story.

Successes intentionally selected for their promotional value are not enough to tell whether or not the poor, on average, benefit from microfinance. Maybe some are hurt, say, by getting over their heads in debt. Maybe other people in some communities lose at the expense of microfinance institution clients who gain.

As it turns out, economic researchers have been looking hard into these sorts of questions over the past couple of decades. Using both quantitative and qualitative research methods, researchers are seeking a much better understanding of the impact of microfinance on alleviating poverty, empowering women, promoting education, and much more.

Impact assessment studies are widely used by donor agencies, government officials, and investors to evaluate their current strategies, measure their effectiveness—whether they are having enough social or economic impact—and identify ways to improve.

At one level, the question about microfinance’s impact has a simple answer: The fact that more than 200 million people use microfinance services suggests the industry must create some sort of positive value for clients. Why else would hundreds of millions of rational human beings participate so willingly?

As a result, the questions explored in many impact assessment studies go beyond “does microfinance work in general?” to deeper and more important questions, such as: Is microfinance’s impact on poverty significant? Are incomes higher? Are families’ health and education better? Are women more empowered? Are some poor people harmed by microfinance? If so, why? Moreover, the research evidence helps us and industry practitioners learn about which practices work best and which are ineffective. How might microfinancial services be improved?

The Grameen Foundation has periodically commissioned reviews of the ever growing body of research in microfinance, starting with a 2005 report by Nathanael Goldberg, former chief of staff of the Microcredit Summit Campaign from 1999-2003. The resulting reports are widely well-regarded. The aim has been not only to summarize the state of our collective understanding and to broadly assess microfinance’s global impact, but also in part to distill for public consumption work that can often be mathematically impenetrable by all but specialists.

The two most recent versions, in 2010 and 2015, were authored by Kathleen Odell, an associate professor of economics at Dominican University’s Brennan School of Business in Illinois.

The deepest pool of impact assessment evidence comes from microcredit, the longest standing and most widely established of the microfinance services. Jumping straight to the spoiler: What conclusions did Dr. Odell draw? What various impacts does microcredit appear to have or not have?

Dr. Odell’s research finds that, for most clients the impacts of microcredit appear to be fairly modest—helpful, but certainly not the magic bullet solution to global poverty. That said, quite substantial benefits have been noted in the lives of about 10 percent of recipients studied.

Furthermore, Odell found little statistical evidence pointing to the existence of any broad harmful effects from the provision and receipt of microcredit.

Most important, perhaps, is that although the impact might be modest, hundreds of millions of microfinance clients have freely voted with their feet. Surely, they find value in it. 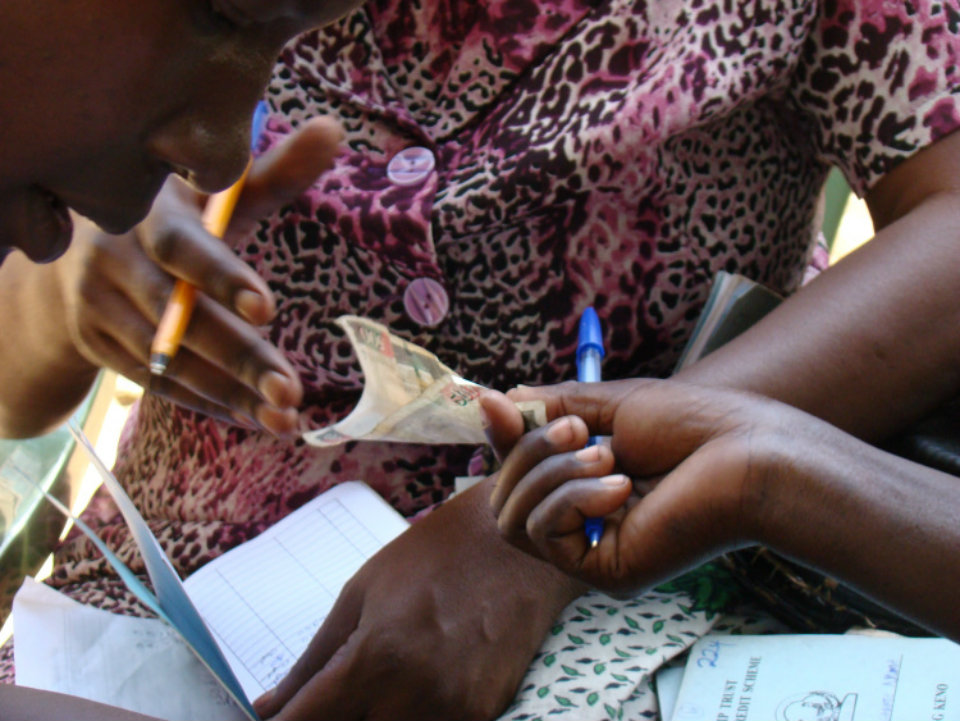 Regarding microfinance as a whole, Dr. Odell found that the most rigorous studies have uncovered consistently positive, albeit minor, changes in the well-being of most of those on the receiving end of microfinance services. There is good evidence that the credit needs of the poor are now better met so they can borrow more, which in turn increases their business creation and investment, broadens their occupational and consumption options, and tends to focus their spending toward more productive priorities.

Less strong, mixed, evidence in some—but not all—studies suggests that microcredit might empower women, reduce household risk and stabilize asset ownership, and improve children’s health. On the other hand, there is not convincing evidence for sustained impacts on income, education, or overall household consumption.

Here is a summary of the research findings, divided into whether the evidence is strong, mixed, or where there is little evidence of a particular type of impact. The information comes from Dr. Odell's 2015 report, Measuring the Impact of Microfinance: Looking to the Future, commissioned by the Grameen Foundation:

There Is Mixed or Suggestive Evidence That:

There Is Little or No Evidence Of:

Todd A. Watkins, Ph.D., is a professor in the Department of Economics and executive director for Martindale Center for the Study of Private Enterprise and Microfinance Program at Lehigh Business.