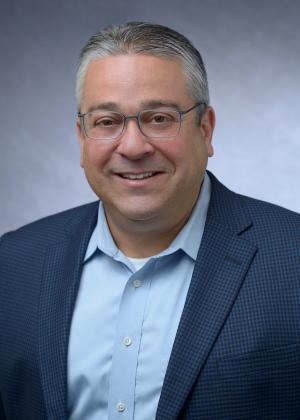 "Strongbridge is poised to enter a pivotal phase in its evolution. I am excited to take on this expanded leadership position and look forward to leveraging my corporate finance and business operations expertise with the team to deliver value to rare disease patients and our shareholders," said Richard Kollender, President and Chief Financial Officer of Strongbridge Biopharma. "I also look forward to continuing as an adjunct faculty member in the VentureSeries, a unique entrepreneurship program that is near and dear to my heart," added Mr. Kollender.

Richard has more than 30 years of experience in the healthcare industry. Since September 2019, he has served as Strongbridge's chief operating officer and previously served as a director of the Company from March 2015 until his executive-level appointment in 2019. From 2003, he served first as a principal and then partner of Quaker Partners Management, LP, a healthcare venture capital firm. In addition, from August 2016 through September 2018, he served as chief business officer and chief financial officer of Rapid Micro Biosystems, a Quaker Partners' portfolio company. Richard previously held positions in sales, marketing and worldwide business development at GlaxoSmithKline and served as investment manager at its corporate venture capital arm, S.R. One. He currently serves as chairman of the board of directors for Restorative Therapies. He also serves on the board of directors for Rapid Micro Biosystems and as an adjunct faculty member at Lehigh University. He began his career as a certified public accountant, initially with KPMG. Richard holds an MBA and a certificate degree in the graduate program in health administration and policy, both from the University of Chicago and a B.A. in accounting from Franklin and Marshall College.

"Richard's decades of experience as a venture capitalist and seasoned corporate leader figure into classroom excitement and new learnings for our entrepreneurially-spirited MBAs!" added Dale Falcinelli, Professor of Practice in the College of Business and Director of VentureSeries.

To learn more about the Lehigh FLEX MBA program and its wide array of concentrations or contact Kevin Ezzell, Interim Director of Recruitment via email at business@lehigh.edu or by phone at 610-758-4450.